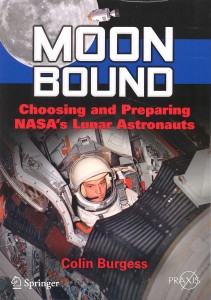 It’s a sign of the maturity of the space-history books market when authors move from documenting specific missions to digging into the minutiae of crew selection, especially those chosen as long ago as 1962 and 1963. Specifically, this follow-up to the author’s “Selecting the Mercury Seven” covers the second and third US astronaut groups which participated in the Gemini and Apollo missions.

The book begins with the recruitment process and its requirements, then moves on to screening and a list of the 32 finalists. The list features some very well-known names (Armstrong, Lovell and Young among them), but there are more than a few relative unknowns, which serves as a good reminder that not every astronaut candidate rose to the giddy heights of worldwide fame. Interview material from some of the latter camp shows how devastating it can be to aim for such a significant goal and then clip the cross-bar, so to speak. The early astronauts were often described as super-human; those who didn’t make the grade were most definitely human.

For true space buffs this is an interesting story, but for those not so concerned with the fine detail of the early Space Age, I would suggest that this book is not really for them. However, space buffs will delight in the amount of detail, the potted biographies and the little-seen black-and-white photographs of astronauts and budding astronauts alike. The volume concludes with a number of appendices listing finalists and missions, a bibliography and an index.